We all know that models don’t eat. Even if they say they do we don’t believe it. So to promote the series return of America’s Next Top Model, to TV3, they distributed special ‘model menus’ to popular restaurants around Auckland. Upon being seated, diners would be presented with these menus, which they would struggle and fail to pry open, as
they were all glued shut. They’d then discover the show’s details displayed on the back, and be let in on the joke. 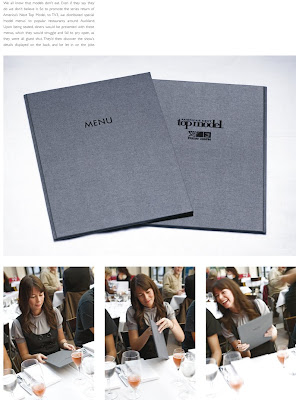