Summer is a season of volatile TV ratings. How do they promote their show "Weekend Murders" when everyone's at the beach? Follow them there... and murder them. They gave out pool-of-blood shaped beach towels so that when people lay on them, they looked murdered. Weekend Murders proved to be Prime's second biggest rating show of the summer. After the mass murder scene at beach, ratings increased by 258%. 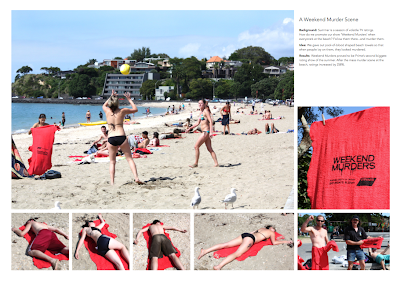 Posted by Marc van Wageningen at 9:19 AM