They want drivers whose cars have broken down to call CitiTowing first. People don't think that breaking down will happen to them, but the simple truth is that anyone can end up having a broken down car. And usually when their car is broken down, they don't know which emergency towing service number to call. They towed mobile billboards behind pickup trucks. Then they parked them on the side of the road in high traffic areas during rush hour. Then they opened the bonnets and with the help of pyrotechnics and smoke bombs, they staged that the pickups had broken down and by doing so convinced drivers that if the vehicles towing the billboards could break down unexpectedly, so could theirs. Do you have the number of an emergency towing service in your phone? 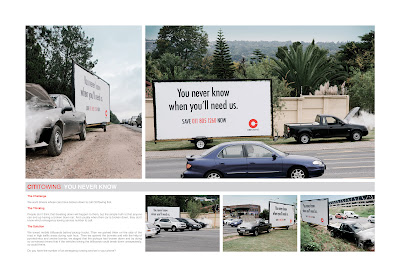