To raise awareness for the Weingart Homeless Center, they took a non traditional approach that made people imagine themselves homeless if only for a moment. They photographed a dozen of the 70.000 people living on the streets of Los Angeles. They gave each of them a blank cardboard sign and had them write the same message: Before you turn away, put yourself in my place. Followed by the URL, weingart.org. Then they took those images, blew them up life-size, removed their faces and made them into photo-realistic cardboard cutouts. They placed the cutouts in upscale shopping centers in Bevery Hills and Santa Monica. Soon the homeless could not be ignored. This project not only raised awareness, but it ultimately raised funds. 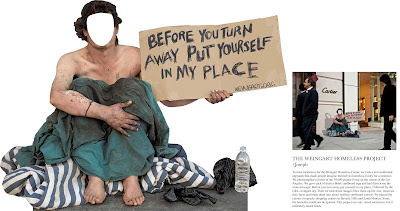 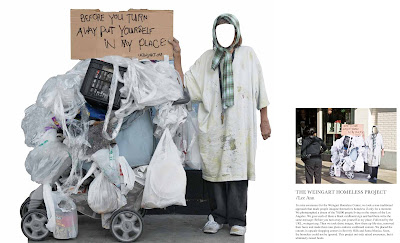