Please reset your bookmarks to: directdaily.com

Posted by Marc van Wageningen at 10:26 AM 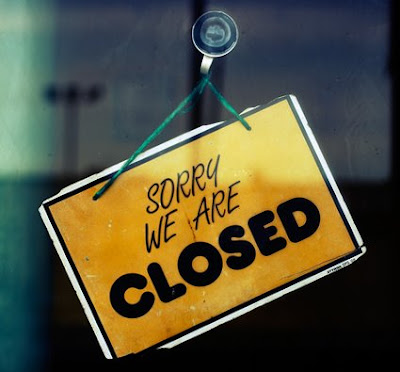 Great stunt for the New Zealand Breast Cancer Foundation to generate awareness about the importance of an early detection of breast cancer. Inflatables in the shape of tumors were placed in the streets, in the middle of people's way. The campaign's claim was "The longer you wait, the bigger the problem gets." 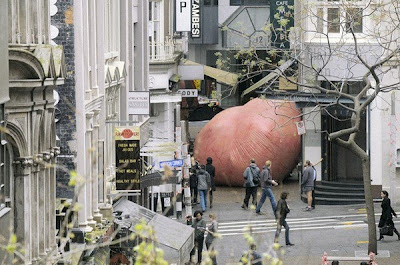 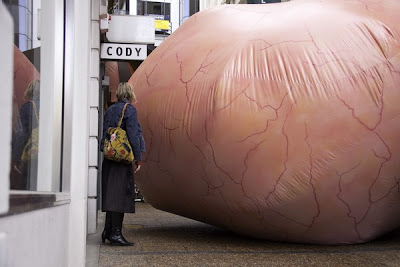 The African continent has the world’s highest number of child soldiers, fighting in wars they don’t believe in, for causes they don’t understand. Unicef extract many of these children from combat and reintegrate them into society. Their aim was to rally support for this programme. Sending out a direct mailer that garners support for Unicef’s child soldier programme. Initially, the mailer appears to be a typical packet of toy soldiers, but once opened, the recipient finds that the figurines are in fact children - reading books, playing soccer, riding bikes and doing other childhood activities. Results: The package went to Unicef supporter mailing lists as well as potential corporate sponsors. Awareness is up, and beyond the desired reaction from the recipients, many compliments are being received about the unique way in which it was put forward. More than a simple message, it’s an ongoing reminder of the realities these children face every day. 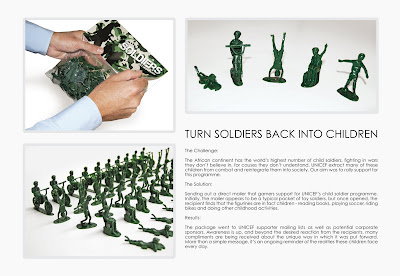 How can you advertise in retail stores that have no advertising space because of housing thousands of competitive products? Package rocks, twigs and leaves as retail products and place them in the store space available - the product racks and shelves! These items showed customers that unless you buy the The North Face gear, you'll have to depend on these to survive outdoors. Customers were instantly drawn to the merchandise. (Some even wanted to buy them?!) Better still, purchase of the The North Face products increased by 38%. Not bad for a campaign built on twigs, leaves and stones. 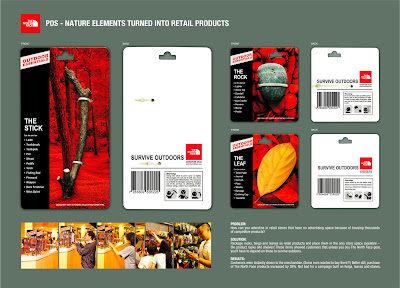 Posted by Marc van Wageningen at 8:25 AM

Feathers are Emily Valentine's paint. Over the last ten years she developed her own technique and style using feathers from road kill, cat kill and dead pets. 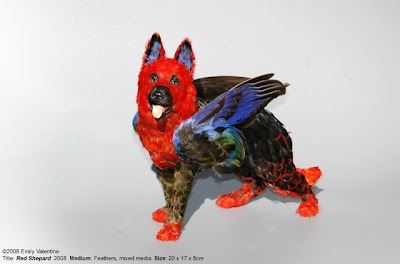 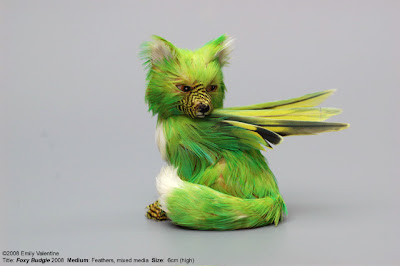 Local tattoo, body piercing and clothing retailer, Divine, wanted to promote their fall body piercing special. They wanted to communicate it with low budget with an impactful result. A poster series was created using the outdoor medium as part of the message. Posters were stapled along community posting areas along Calgary's trendy 17th Avenue, where the store is located. Posters featured attractive, youthful models appealing to Divine's young and trendy target market. Staples were applied onto the model's image, thus making the staples appear to be the body piercings of the ad. Copy highlighted the offer clearly and in a playful manner. A fascinating, amusing and memorable stop-you-in-your-tracks ambient campaign that generated curiosity as people stopped to figured out why these posters had been so heavily stapled and once they figured it out they would want to visit the store with a unique and quirky personality, as shown through its advertising. And maybe get a body piercing. 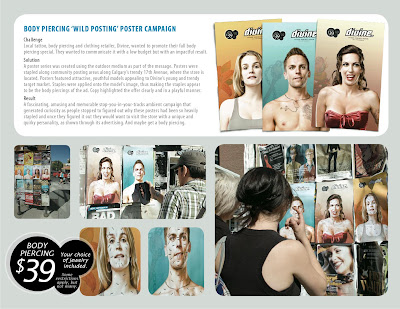 Posted by Marc van Wageningen at 9:17 AM