Mini has produced a spectacular advertisement, that’s one of the first of it’s kind. The car company created a print ad that when viewed though a web cam produces a virtual 3D model of their Mini Cabrio convertible on screen. The ad was featured in German automotive magazines: Auto, Motor und Sport, Werben & Verkaufen and Autobild. 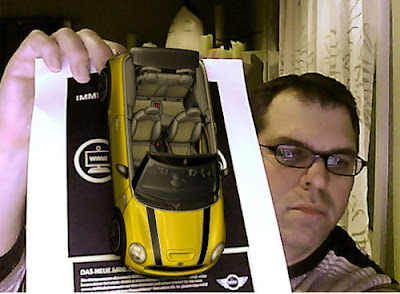 Posted by Marc van Wageningen at 10:18 AM