This execution was created to allow young Americans to experience what a trip to Canada would be like through the eyes of their peers. To create the content, they sent a young couple to three major Canadian cities: Toronto, Ottawa and Montreal. They then told them to pose as tourists and have as much fun as they could while capturing it all on their digital camera and camcorder. The images and video footage were loaded on to 1000 USB keys, along with MP3s of Canadian indie bands and an authentic travel itinerary outlining the details of their trip. The keys were then scattered throughout selected neighbourhoods in the key market of Chicago. This was done in such a way as to make it appear as though their owners had lost them. In order to maintain authenticity, no Canadian Tourism branding was included either on or in the keys. Instead, imbedded links would appear when playing MP3s and, when clicked, would take a viewer to a Canadian Tourism Commission landing page (www.unknowncanada.com), which gave other target-specific options for things going on in Canada and also allowed them to track the success of the drop. 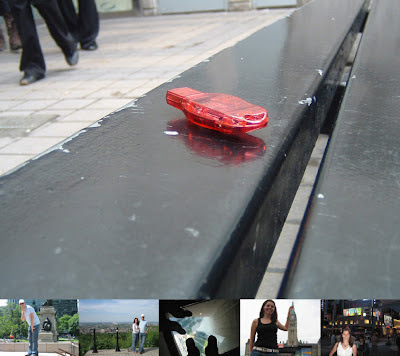