Wrangler decided to be in the International fashion show Who's Next 2007 by creating a street visual performance with dummies. During the two days of the show (7-8th of September) a few hours before the opening of the gates, Wrangler was outside awaiting to surprise the visitors with 60 dummies. The Saturday 8th of September during the night we took the dummies to the most Parisian crowded areas. 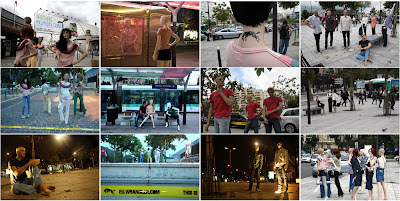 Posted by Marc van Wageningen at 10:40 AM