They created an unusual campaign to promote an unusual vehicle – the Lotus Evora – the first launch from supercar marque Lotus in more than a decade. At high-profile events in Britain in recent months, including Wimbledon, the Harrods sale, Elton John’s White Tie & Tiara ball and Henley yachting regatta, ‘faceless’ people appeared in the crowds. Videos of the characters subsequently appeared online and mainstream media (including The Daily Mail, Metro and ABC news in the USA) picked up and covered the story. Searching for ‘faceless people’ on Google led to a sponsored link for a microsite featuring a timer counting down to the launch of the new model at the London Motor Show in late July. When the timer reached zero, the launch was streamed live online and within a few moments, the site turned into a full brand website for the newly revealed car. 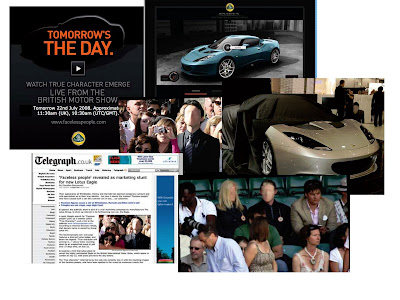