The objective of the direct campaign was to create a demand for a product that could not be touched, seen, heard or worn, but felt. Hope. And by doing so, raise money for the Red Cross. Direct marketing was extensively used to generate interest. First with brochures of the project for potential partners. Then with formal invitations to opinion makers, news outlets and celebrities handpicked to endorse it. That combined with the Internet to reach the general public, led to desired curiosity and number of customers at the opening and after. The creative execution achieved just the right tone as it reached different targets and was able to create the demand for Hope and sustain the public and media interest on the Store. A Store that was both a commercial place but with an emotional side to it gave us the opportunity to reach out to people like no retail store had ever done before. The originality of Hope as a product and a Store that sold it in various sizes and kinds let them create several types of direct marketing elements. All of them with Hope in mind. They had to be sure people understood it wasn’t just any other store. But one that sold Hope. And had to be clear it would be in a mall and have every characteristic of an actual retail store. At the same time, people had to make the connection between the Store and the Red Cross. The solution was to convey as close as possible the Christmas shopping experience with a direct marketing that created curiosity and awareness at the same time. The response was huge with hundreds attending the opening, several companies joining the project and a constant flow of customers. From the three hundred formal invitations sent out to the opening, close to 90% confirmed their presence. All three major networks, the magazines with greater circulation and all radio stations that were targeted were present. The flow of public driven by the site, web features and regular mail, kept the Store with a constant flow of customers. The Store also led to partnerships with corporations that was only possible due to the initial direct effort to present the Store in detail. The investment was recouped and helped spread the word about the Store that sold Hope. Lots of it. 2x Silver Cannes Lions Direct Winner & Gold, Bronze Cannes Lions Promo Winner. 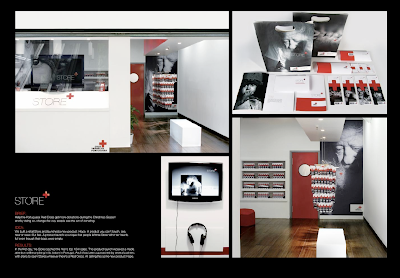