An ambient marketing activity which took place in Gordon beach, Tel Aviv, in order to increase awareness to sun damage and skin cancer. The activity included 50 towels with a coal grill print on them. The towels where placed from early morning to late noon, during which we received countless reactions from passers-by, unable to ingnore the unusual site which appeared in front of them. The activity obtained wide media coverage, on TV, local news papers and the internet. 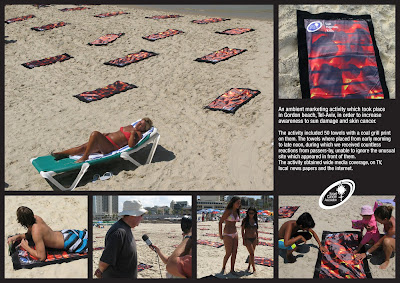