The invitation for Publicis’ year-end party was a t-shirt all employees had to wear. Each t-shirt had the logo and the phrase: “I have been infected”, in reference to the agency’s positioning: “contagious ideas”. At the entrance of the party was a large panel was for guests to confirm their presence. In doing so, the t-shirts were exposed to a beam of black light that “charged” hidden drawings, which became visible in the dark, distinguishing the male and female versions. It topped people’s expectations and became the starting point to what became a great event. 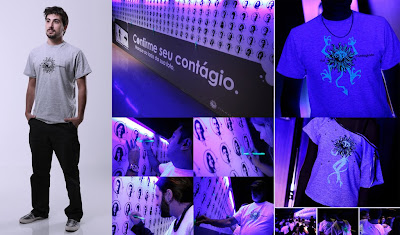 Posted by Marc van Wageningen at 9:00 AM