Clearasil is a pharmaceutical gel designed to fight Acne, widely used by teenagers on puberty. Its image is very strong near this target but not so strong among general practitioners, the biggest medical class in Portugal. That's why they're launching the new Clearasil pills. They needed a different approach to make them prescribe this new Clearasil. The solution was to use the product itself to promote their message: "May this be the last time. The end of Acne starts with Clearasil". To disseminate the properties of the product among general practitioners, people's faces were clued on the back of a product sample. When the movement to open the pill blister is made, one has the feeling of sqeezing a pimple. With Clearasil, it's the last time. In the first 3 months of the promotion Clearasil increased its prescription 45% in general practitioners. A second edition of the promotion his on its as not only general practitioners requested more samples, but also dhermatologits. 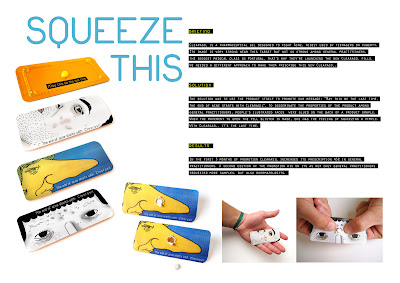