Amnesty International in Germany celebrated the 60th anniversary of human rights in 2008 with “Frau im Koffer”, an ambient advertising campaign at German airports. “Woman in Suitcase” stunt involved putting a woman in a transparent suitcase and sending her around the baggage carousel with what appeared to be official airport stickers. Upon closer inspection airline passengers discovered that this was a protest against human trafficking. 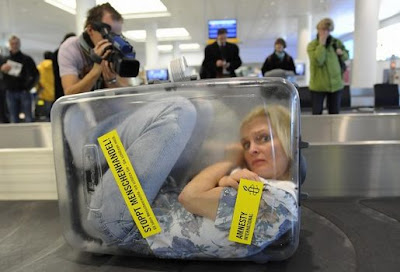