In a dismal economic climate, where men were either reluctant or worse still, unable to spend on a big ticket items for Christmas, they wanted to give them a chance to celebrate their love in a way that was as enduring, unbreakable and as special as a diamond, without necessarily having to buy a diamond (although if they did buy a diamond that would be nice too). They wanted to enlist people who were busy thinking about the economy or Christmas to start thinking about the most precious thing they have, love. And they wanted them to appreciate the fact that much like a diamond, love is forever. Debeers’ famous line is "There are two things that last longer than time, love is one of them" was being brought back for Christmas 2008. They wanted to show that like a diamond true love is also forever. So they helped couples capture an expression of their love that would be as unique and enduring as a diamond. This was not traditional advertising. Each couple or individual signed up for and got their own personal diamonds commercial film that they could use as they wished. Many participants thanked them for being able to appear in a piece of advertising. A giant mistletoe installation shaped like the diamonds logo hung ten feet above the ground in one of New York’s most romantic parks. Circled by sixty, still cameras that simultaneously captured any kiss under the mistletoe, the shots were immediately fed into computers, strung together in sequence to recreate a moving video of the kiss frozen in time. Forever. People could go online and download their unbreakable kiss. Where they could then upload it to their Flickr and Facebook pages, save it as a screen saver or virally email it to friends. Website traffic (during this holiday period) increased 94% versus last year. Each film, although initially created for the enjoyment of the participating couple, was enjoyed by over 300 viewers as the site grew its online audience. $4.6 million worth of free publicity was gained. DeBeers donated $5 for every kiss to the Elton John Aids foundation and topped up their contribution to the sum of $50,000. Madison Square Park who had been dead set against having the event at first extended the hours of the event and even offered an extra day. People travelled in from out of state and lined up for hours. Park traffic increased by 30 percent. Unbreakable kiss films even started turning up on youtube. Bronze Cannes Lions Direct Winner. 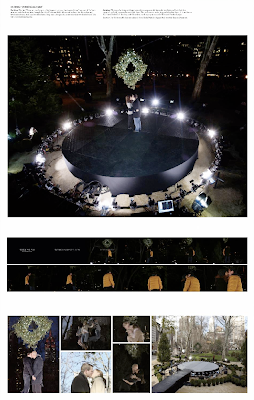