They wanted to sell more copies of the book. Their target was girls and boys, aged 12-16. The book had some moderate success early on and there was evidence that it benefitted from word of mouth. The publisher wanted to delay the release of the paperback longer than is typical and see if they could boost the sales of the more expensive hardcover. Their insight was basically: If you came across someone’s suicide note, you would probably be compelled to read it and would want to know more about the person. The fictional book is about a girl who committed suicide and made 13 audio tapes listing each of her reasons why. Their idea was to give Hannah Baker a voice by creating the tapes and releasing them to fans and non-fans completely unbranded in an air of intrigue that ultimately allowed them to be discovered. Once production began, they began researching places where conversations about the book were already happening. Blogs, message boards, book groups, etc. They then mapped out other places fans were traveling on the web -- adding to conversations, answering questions, etc. Once the content was finished they began to launch the videos --first through a non-descript YouTube channel and eventually through other video distribution sites. Based on our research, they would plug this content into conversations, with a simple “do you know what this is?” As views grew, they adjusted their outreach reactions and created shorter content for more traditional online media...adding to the intrigue and fueling people to continue to pass it along. As fans continued to arrive to the YouTube channel, the community coalesced around answering questions and ultimately promoting the book themselves. Overall, sales UP 140%. The average teen novel sells 15.000 copies in a year, they did that in one month. When campaign began the book had sold 18,580 units. To date, 202,770 have been sold. The book has reached #3 on the New York Times best seller list. Silver Cannes Lions Media Winner. 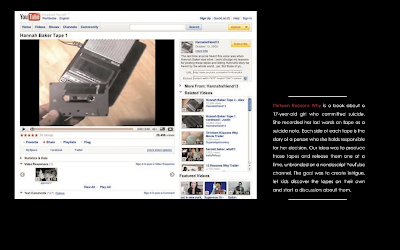