To promote the new IKEA catalogue, they thought of a new attention-grabbing way. They didn`t tell people about the new products, they gave them a live-impression. They used the existing architecture of the south station in Vienna. The box-looking windows of the frontside were converted into a giant EXPEDIT rack filled with new IKEA products. It’s size: 480 square meters. The installation was realised for one month and was seen by more than 70,000 passengers daily. Many newspapers reported on the project. Traffic at the two IKEA stores in Vienna increased by 5.7% compared to the same period one year before. 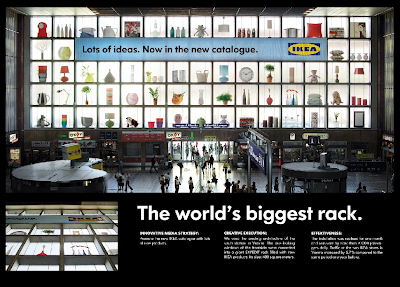