94% of women in Sweden shave their private_areas. Their task was to create an online campaign to help launch the new intimate hygiene products by RFSU. As the campaign was aimed at women post-puberty and beyond, it was important that their main media would be online. Aimed at women post-puberty and beyond, the site invites visitors to virtually style and customize what the Scandinavians call your fiffi with scissors, a razor or an array of RFSU products. The fictional character Miss Fiffi, who's an 80-year-old midwife, will then judge your shaving skills on a scale of 1 to 10 and your completed fiffi can subsequently be downloaded and embedded in your Facebook page. Complemented by banner ads and an outdoor campaign, the somewhat controversial site also hosts a contest where the best fiffi wins a full shaving kit courtesy of RFSU. If one requires a more personal touch, they can contact a real-life midwife from the RFSU clinic for grooming tips via MSN Messenger. The campaign has been a total success, with over 150.000 unique visitors during the first week and thousands of Fiffi’s where created. The average time of 3 minutes is the time spent online! They created a viral campaign without even knowing it, with the site being feature thousands of blog’s Worldwide. Product sales went up with over 400%. 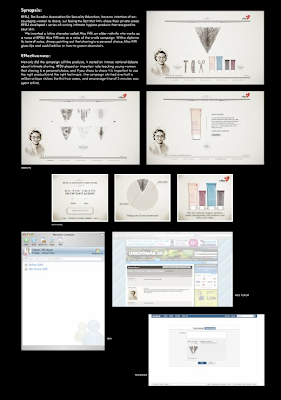