Soap for down there.

A folder saying Hello down there! was placed on 10.000 womens bicycle saddles in Sweden's major cities. The folder markets an intimate care soap, The soap for down there. Along with the folder came a product sample. A see through shower cap was placed around the saddles, in order to protect the folder from rain. - 9 out of 10 who received a sample on their saddle said they were going to try it. - After the campaign the sales went up 15 % in the neighbourhood the event was carried out. - Many who met the event staff wanted more samples. 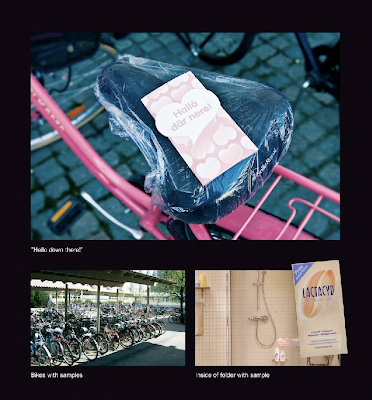